Tomorrow I'll start my trip to Japan but I will arrive on Sunday morning. It looks like I'll be going to AnimeJapan event but I won't be cosplaying there... But the weekend after this is OTAKUSUMMIT2015 where I'll be attending a catwalk as Stella Nox Fleuret!

I was pretty much done with this cosplay on Monday or Tuesday, but I've been so busy that only now I have some time to write and show some progress pictures! 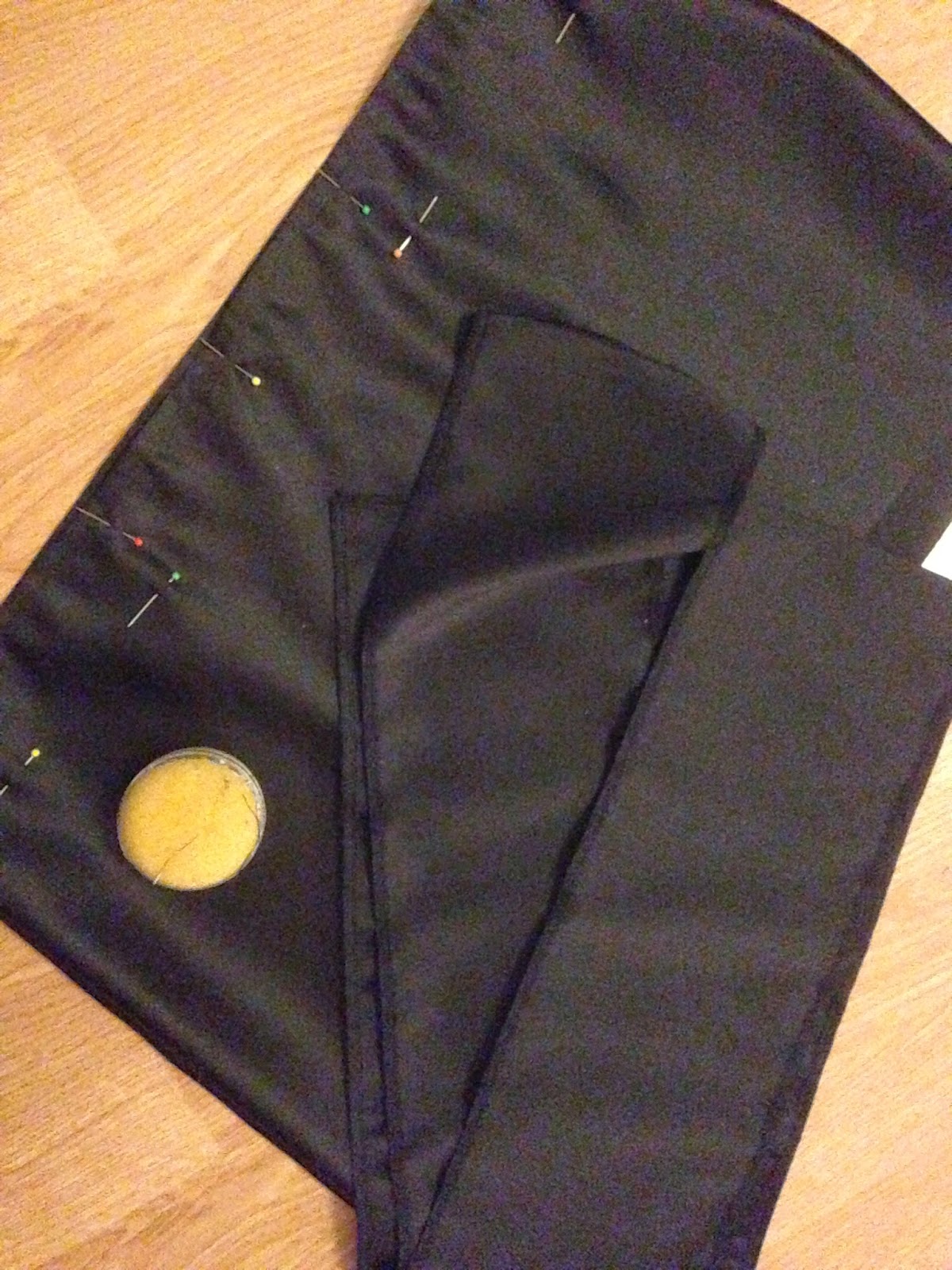 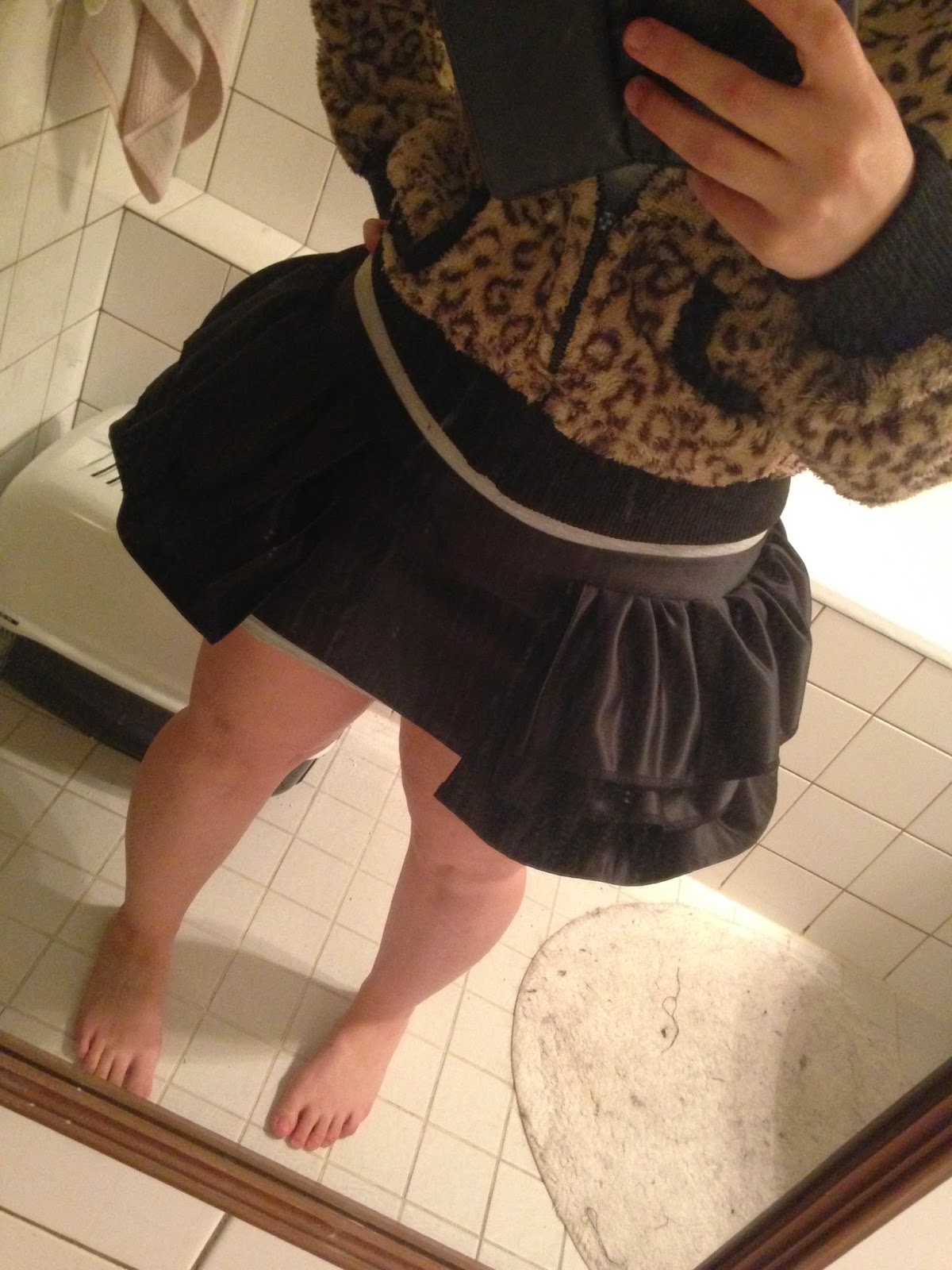 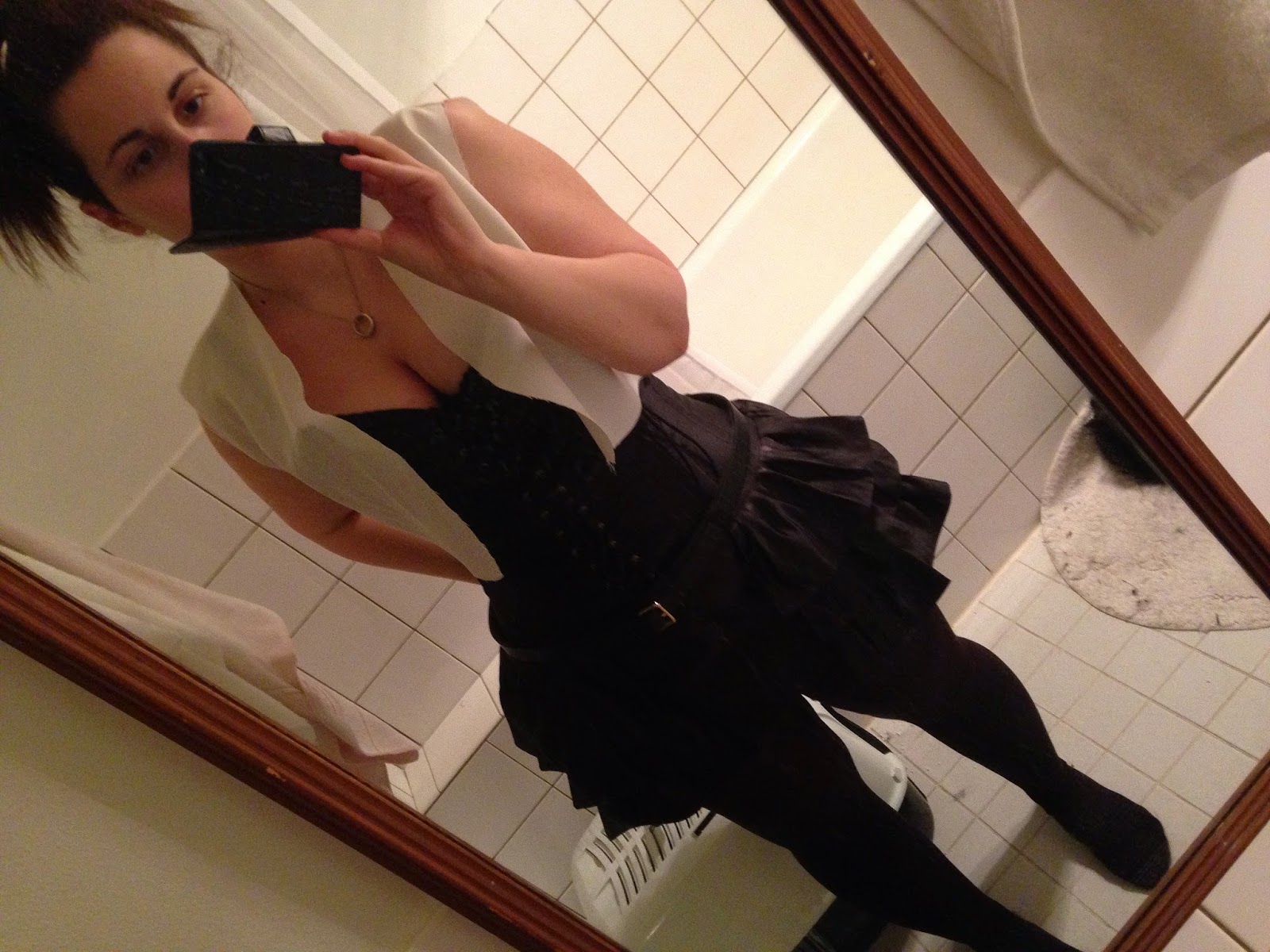 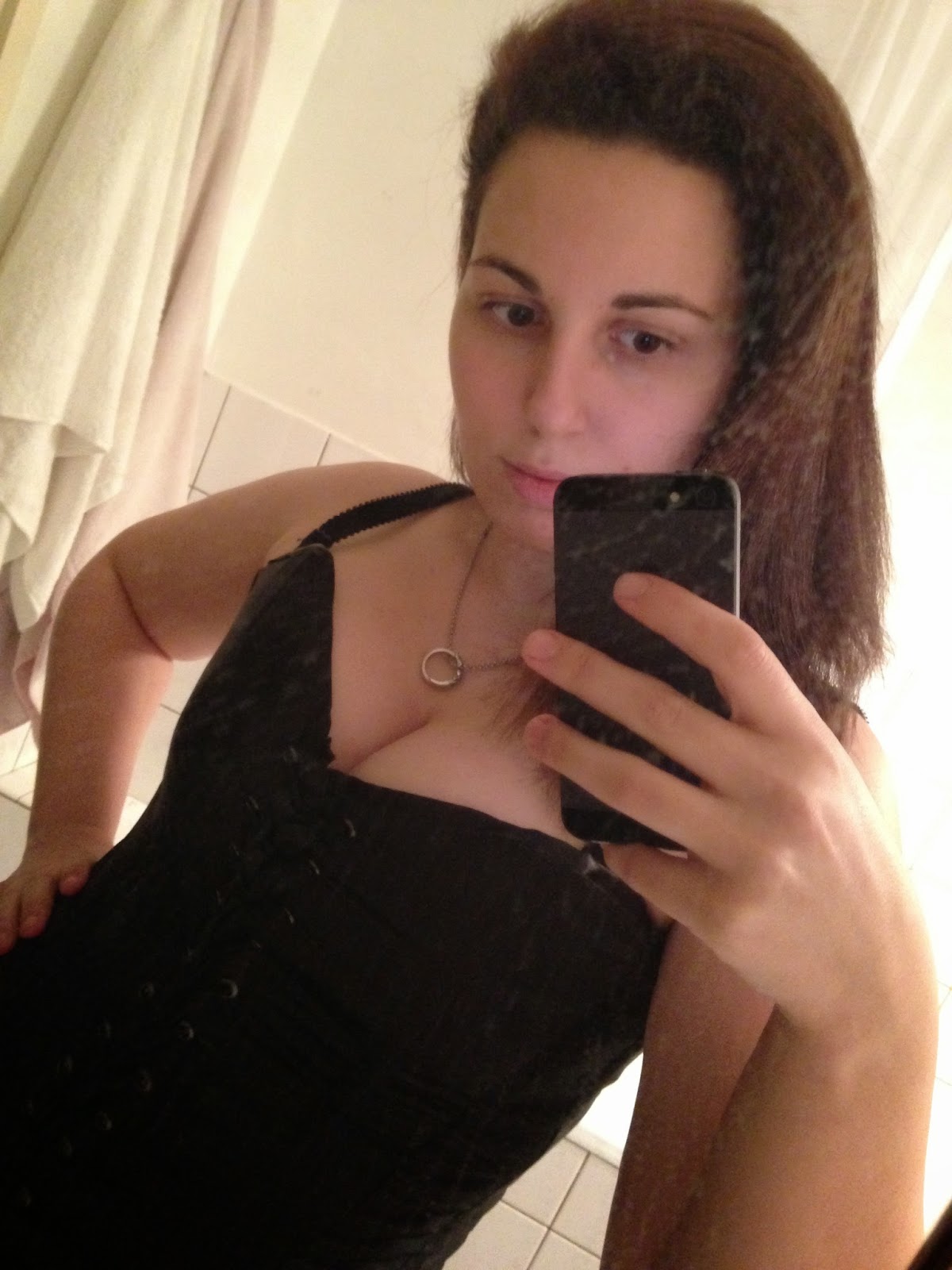 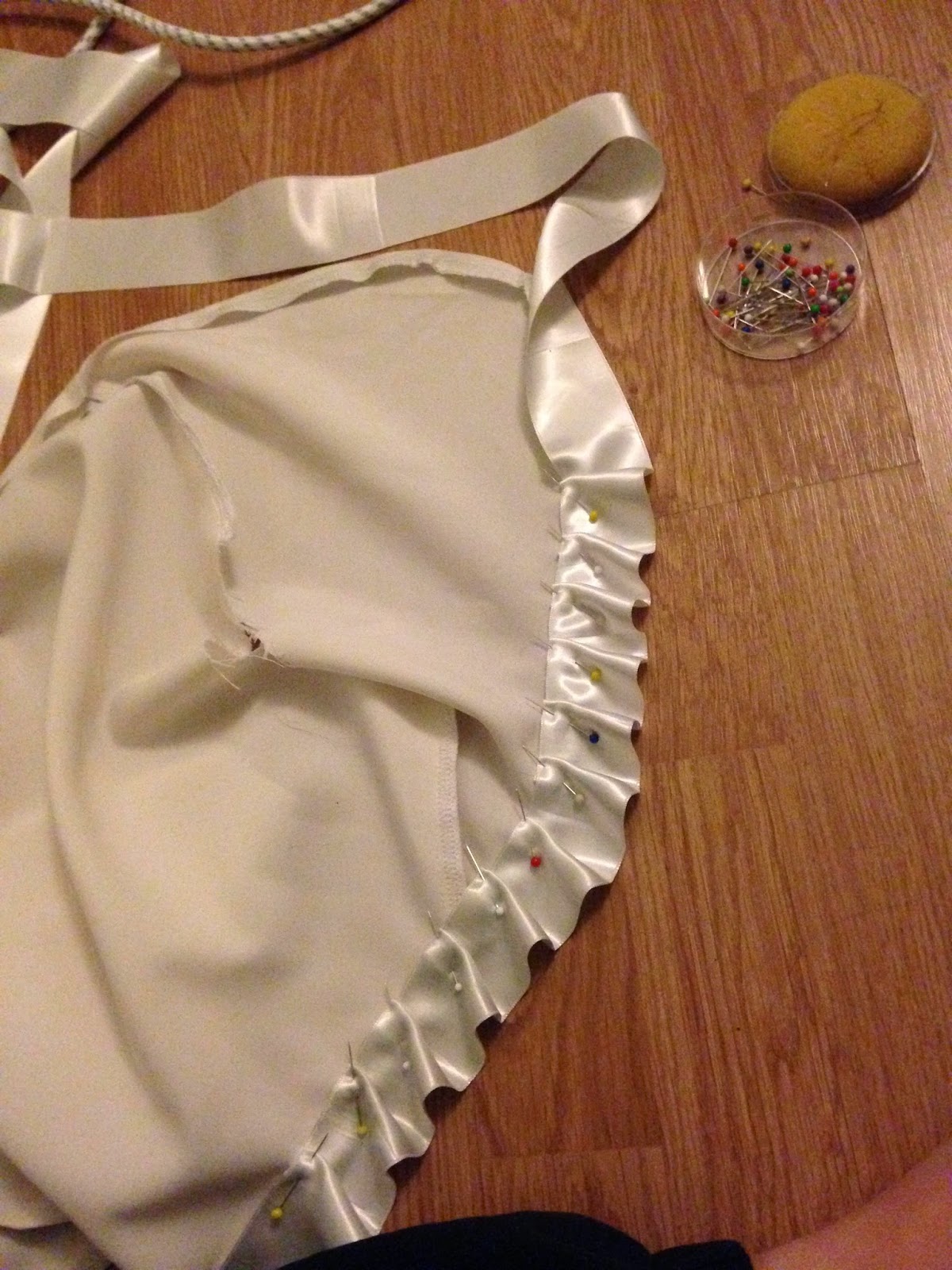 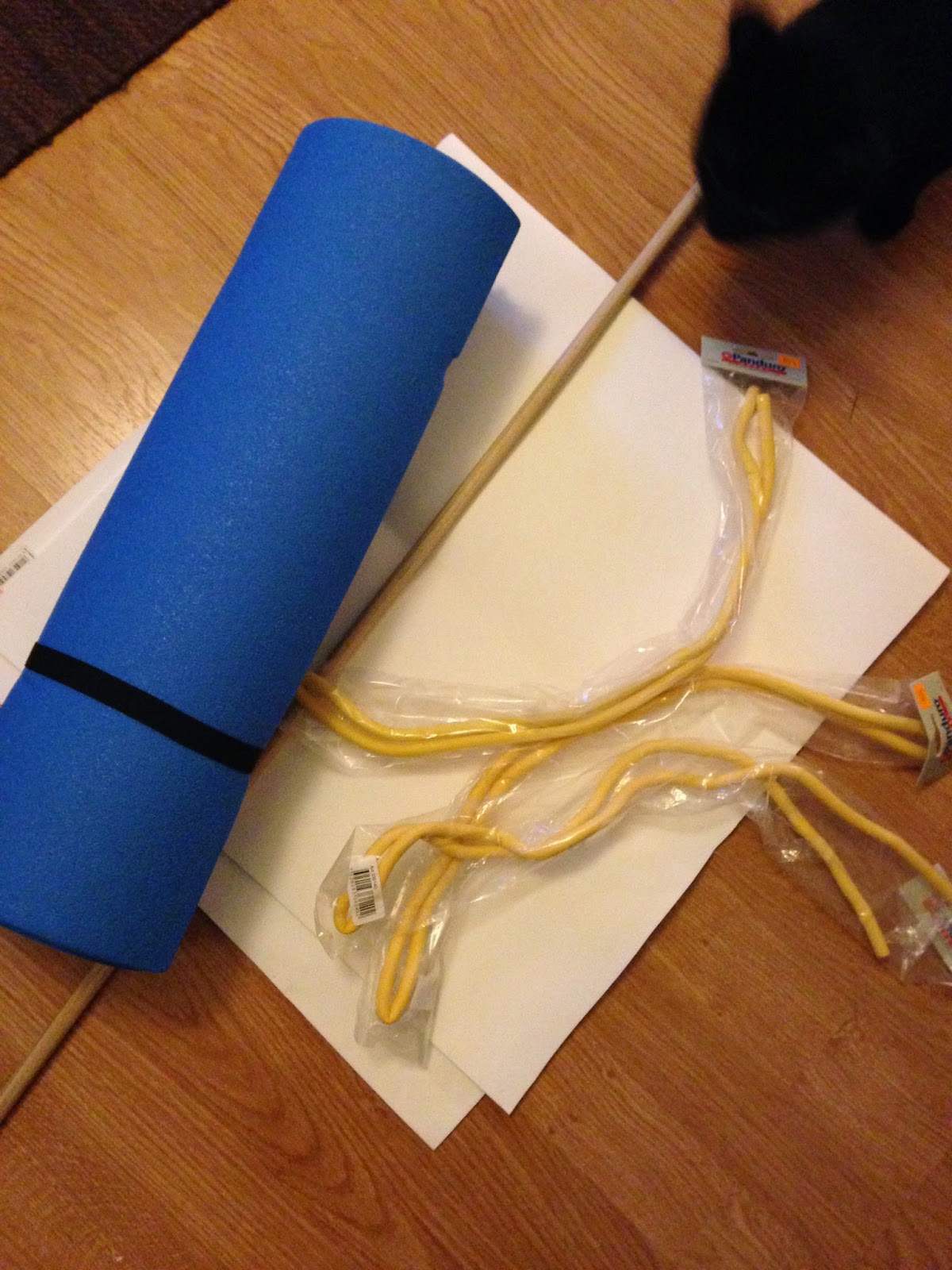 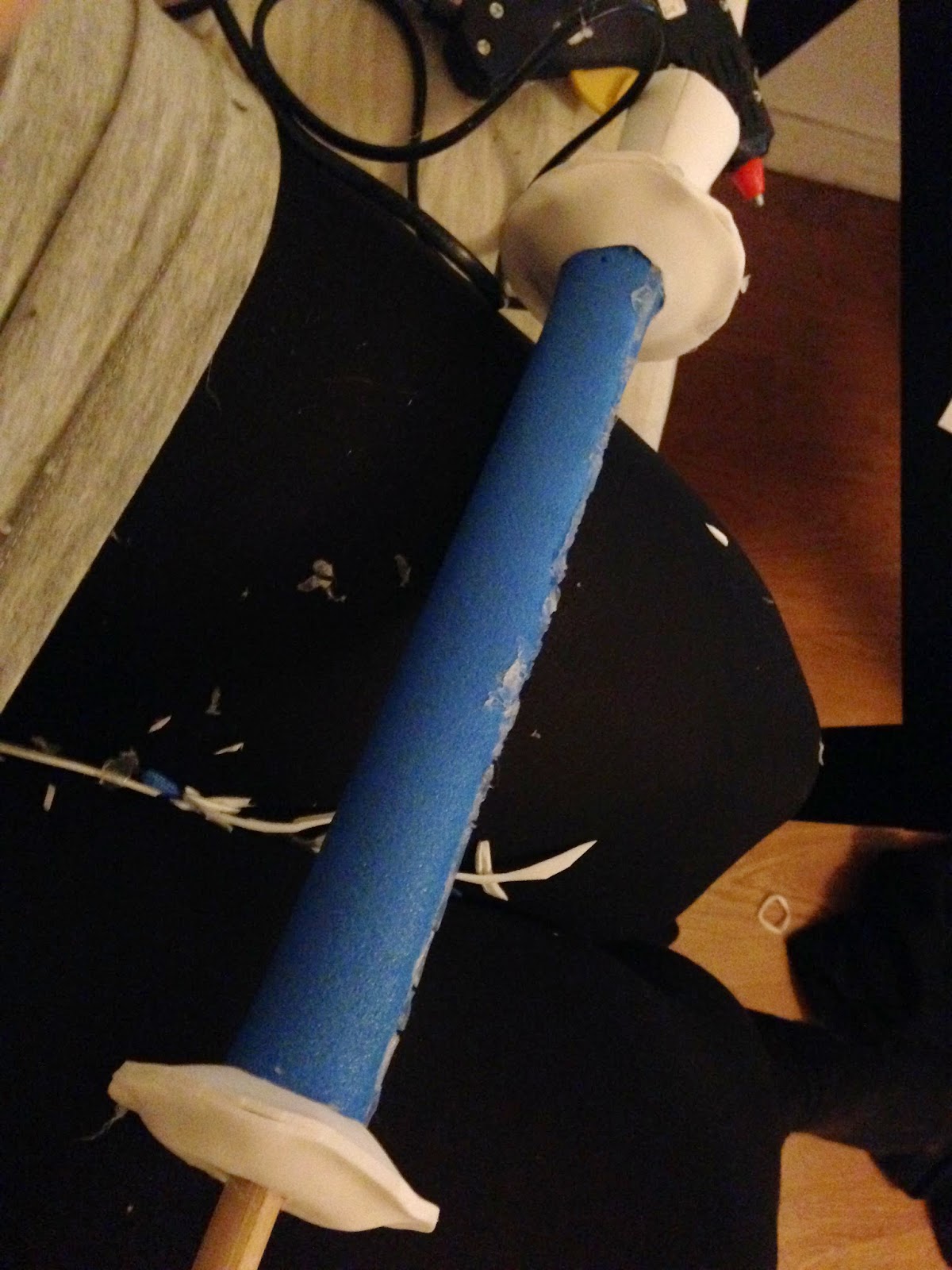 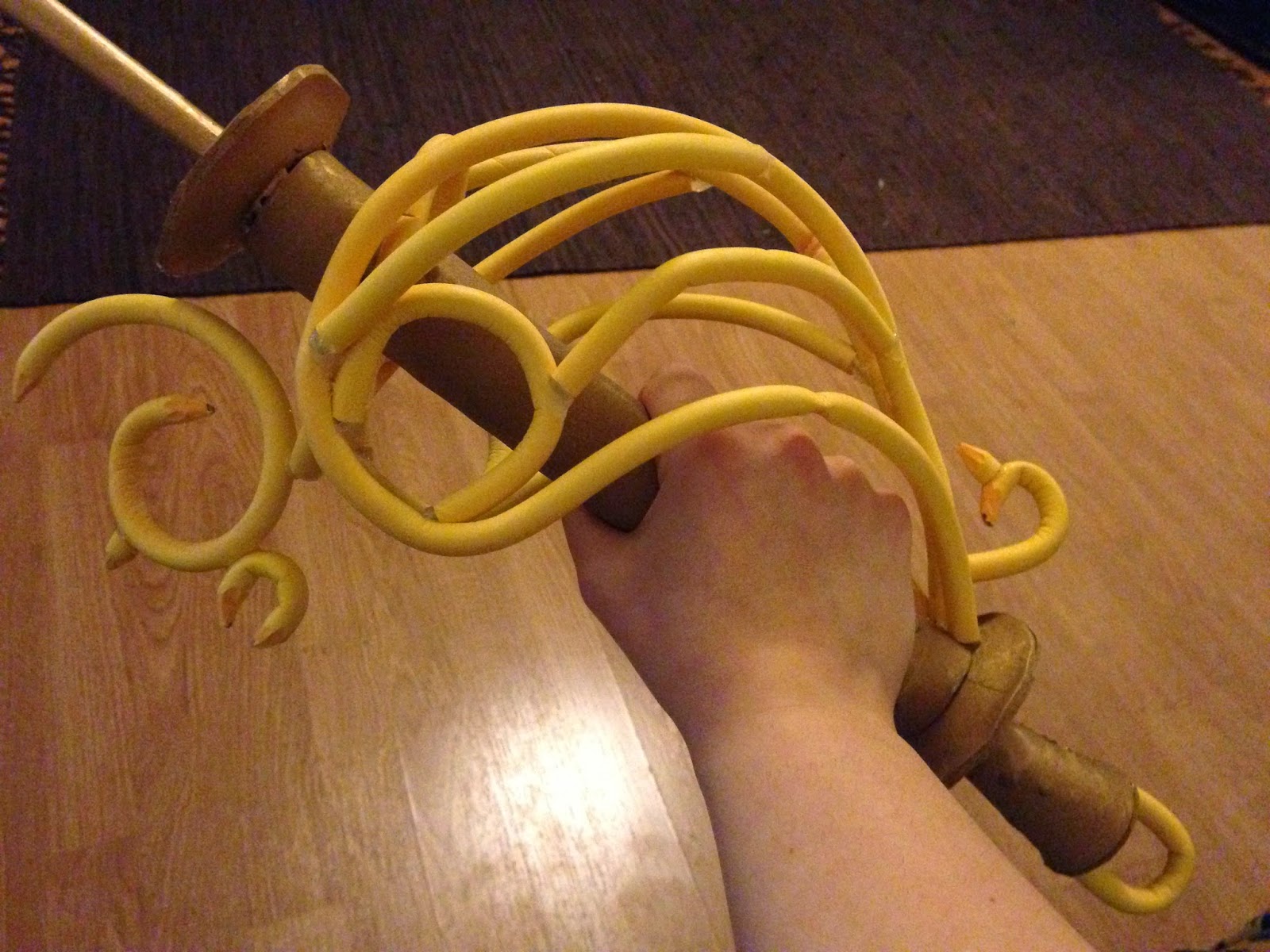 The only things I don't have proper progress pictures is the corset which turned out okay being my first corset ever and having so much problems with it, the thing I don't like with it is that it flattens my boobs too much so it doesn't curve enough there haha.
And then there's the jewelry which took quite some time cause I couldn't find the materials/colors that I wanted! But in the end they turned out nicely.
Last is the wig but it still need some hairspray but I'll do that in Japan. I might actually buy a new wig in Japan since this one is so small that I get a headache after 5minutes wearing it and that is quite troublesome...
The only thing that I didn't do in this cosplay is the boots and now here is what it looks like! 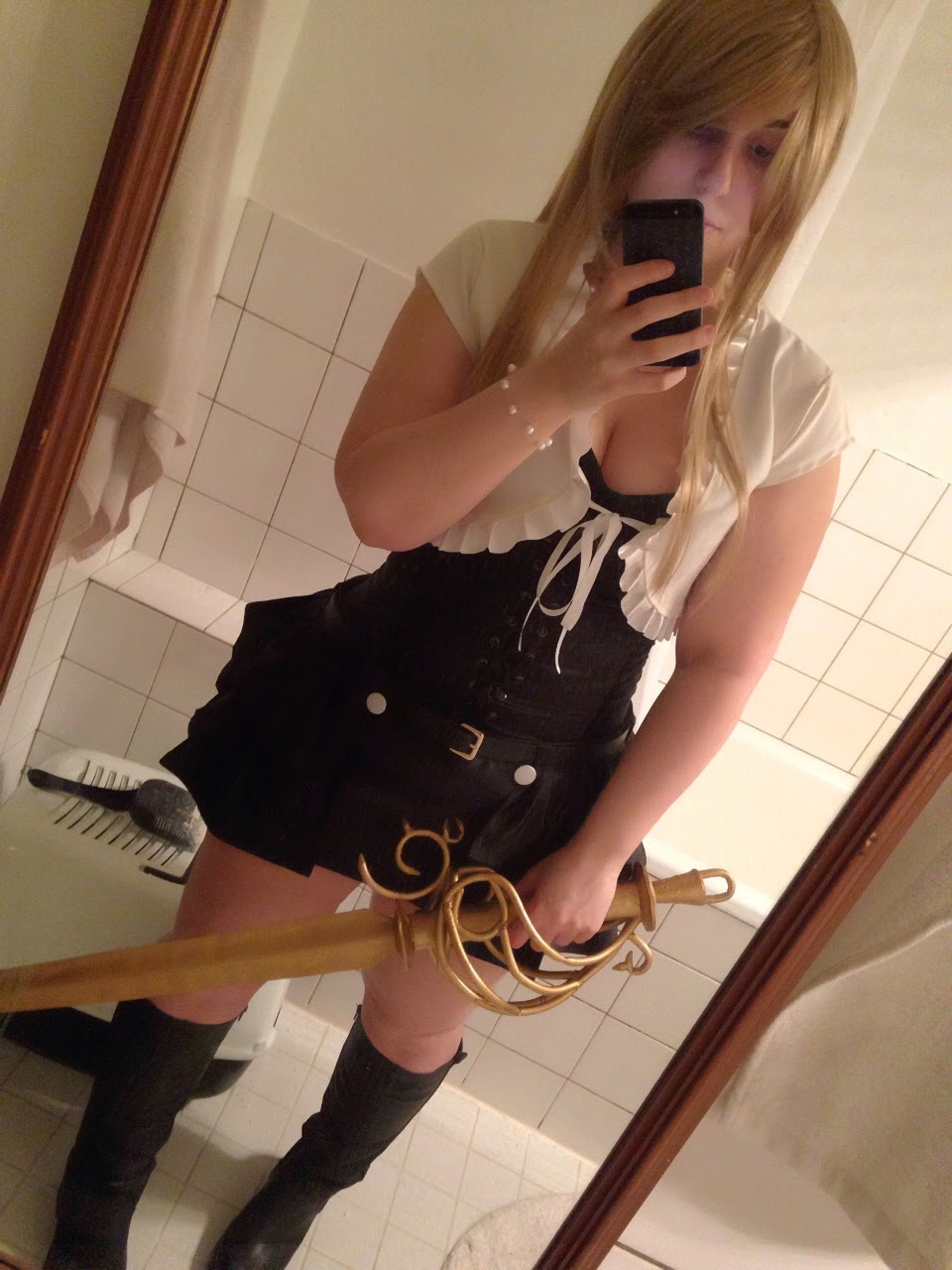 I really like it! It's cute, simple and cool, haha. I will probably wear it also in a Finnish convention, just not sure which one. One cosplayer did say she would like to make Noctis but not sure to which convetion she'll make it. Are there any Noctis cosplayers going to OTAKUSUMMIT2015 or will be in Tokyo? Or going to any Finnish convention? Would be cool to get some pictures taken with these two characters!

I saw that Seibai made some business card for her cosplay and I've been thinking the same for a long time but not really seen it necessary to have here in Finland. So I had designed one a LONG time ago, all that needed to be done is update the pictures a bit.. I usually print these kind of stuff myself but yesterday when I tried to make them the ink kept screwing me badly! I have a feeling that it's because I bought some other cheaper ink brand that I have never used, I've done this mistake before and now it comes back and bites me in the ass... So I ended up printing on normal paper and laminating it, but the colors are still a bit off... Oh well the info on the card is the most important. 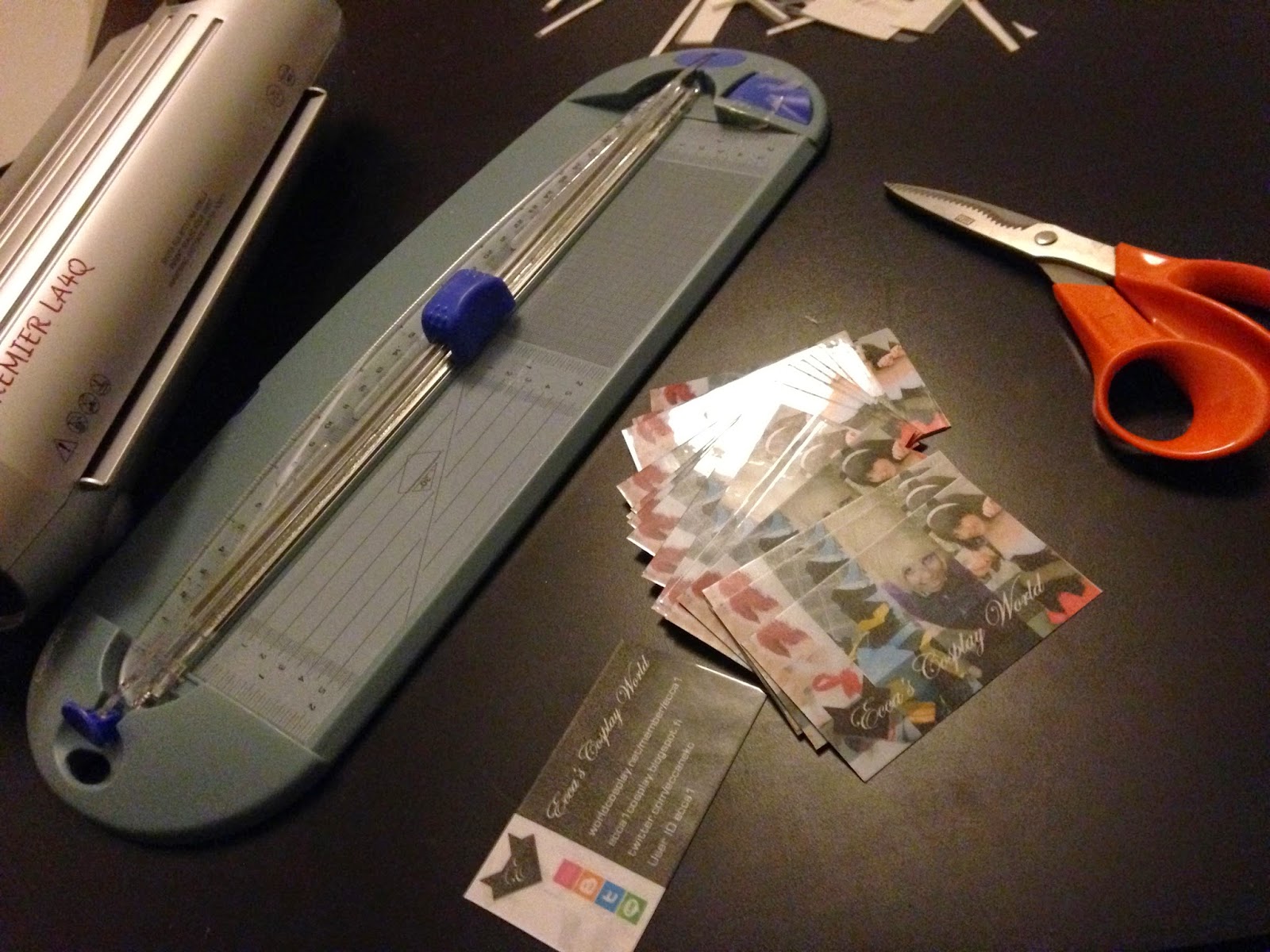 Now there won't be a post for a while but I'll try to take many pictures of the conventions in Japan and write about the experience when I get back, see ya!
Posted by Ecca1 at 2:45 AM No comments:
Labels: Final Fantasy, Japan, Stella

Whoa whoa whoa so much to do, my eyes are starting to roll up!

Yesterday I finally got R's pictures from Frostbite aka our Kuroshitsuji photoshoot! Alois was fun making, it's not perfect but I've learned from my mistakes. One thing I've noticed from the pictures is I've gained weight... like a lot! And I know that because it's been very stressfull, right now I'm craving food like hell. It's getting out of control... But that's not what my blog's about!

I've been looking through the pictures and almost edited most of the ones that I'll be posting. Actually more than this I won't write about the Alois cosplay since I've been writing about it in some WC Week posts, if you are interested just click on the label Kuroshitsuji.
This is the last WC Week in a while, I hope you guys enjoyed followind! Don't stop cause Alois photos are coming this week and maybe next week as well!

Now for something else...

JAPAN OTAKUSUMMIT2015 HERE I COME!!! Yes I'll be going to Japan in about two weeks and I'll be staying there for two weeks, the reason why I'm writing about this here is beacuse I'll be attending a convention and I'll be participating in CureCosplayCollection international cosplay catwalk! Not only I will be participating but also Seibai!

So first I was supposed to cosplay Ruiko the winter version I have once made but wanted to redo it, cause I thought "cool witch of the north, cosplayer from snowy Finland"! But then I was just not feeling into it... I had a hard time deciding but in the end I wanted to do something new and from Final Fantasy, so I ended up on Stella Nox Fleuret! Even though she's only been in verus XIII trailers and not sure if she'll even be in XV but I loved her outfit! Simple and cute and something NEW!!! Cause I was thinking about Tifa or Rinoa but everyone has seen them already tons of times...

Well I started on Friday her outfit cause it needs to be done in two weeks! Actually I started a few days earlier than that, making a quick prototype. Damned I am a bit stressed! First time I'm making a corset but it's looking great already! The skirt is also cut and some parts done, I hope I'd get it done tomorrow. And the bolero is also in pieces... The thing I'm most worried about is her rapier... since it is a simple cosplay I really need to make this prop! And the problem of how it will fit in my suitcase is still unsolved... 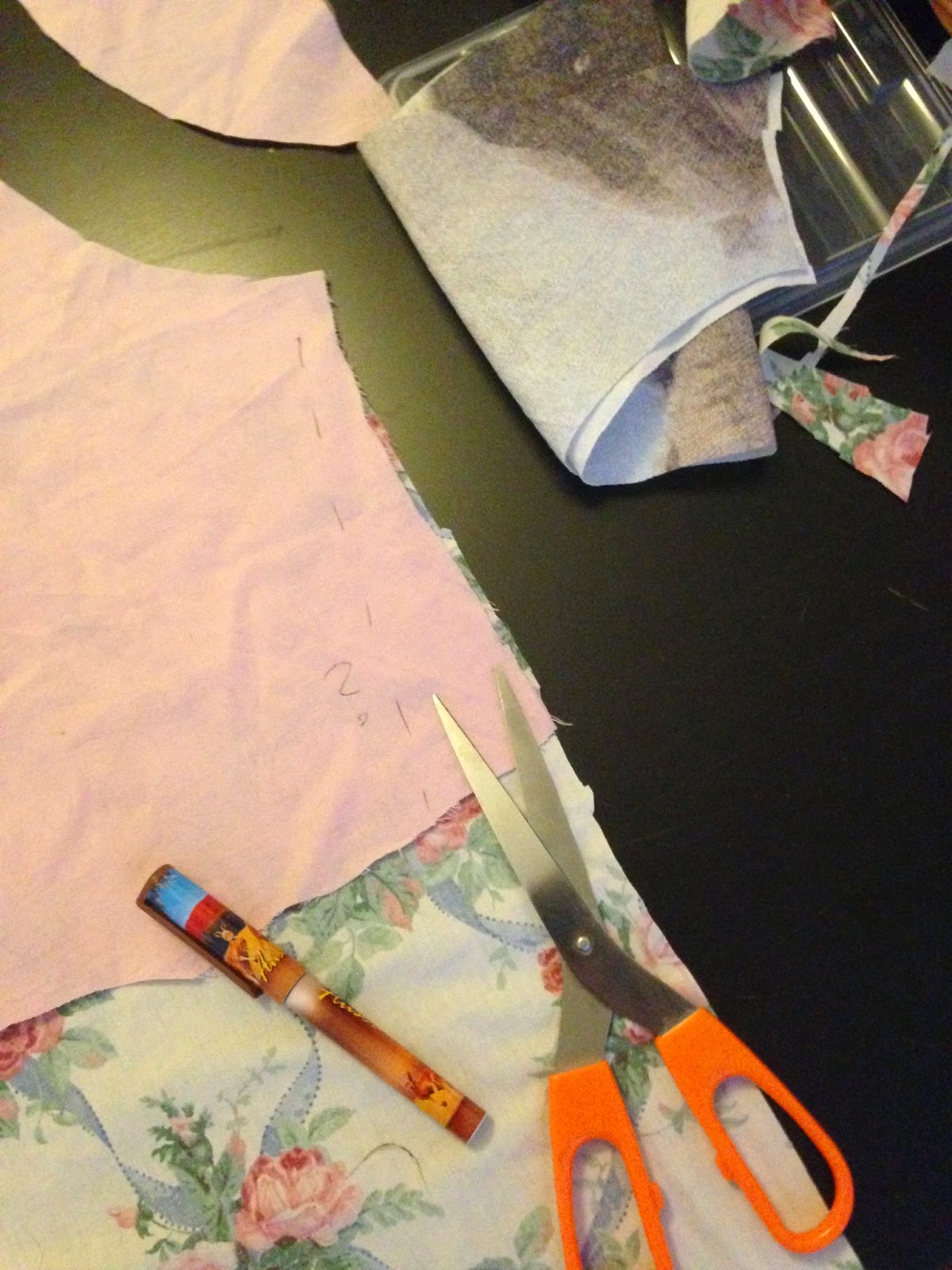 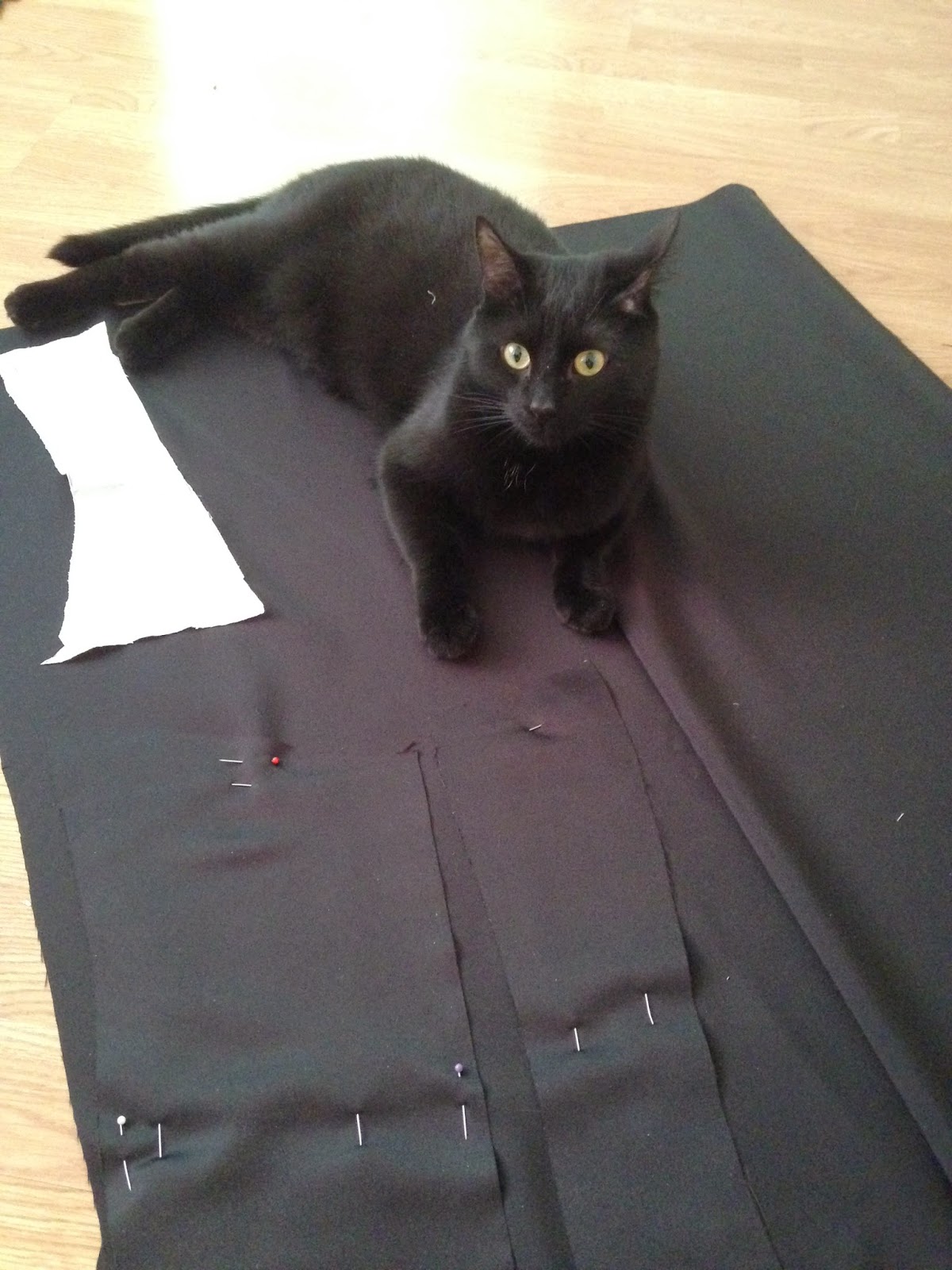 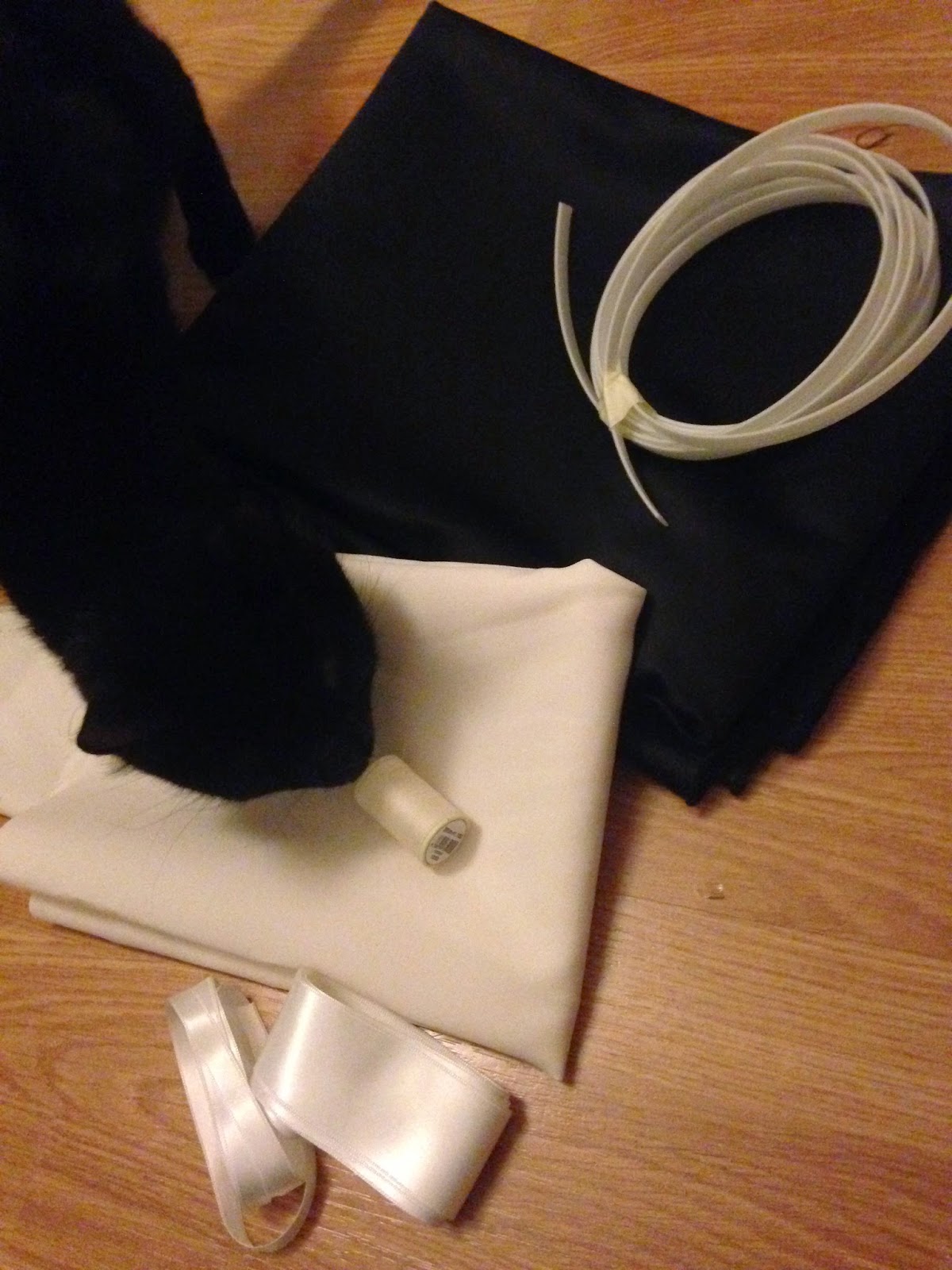